A dystopian future. An authoritarian regime. A lone fighter refusing to submit.

Resist is a single-player action RPG designed exclusively for Quest. With a kinetic swinging system, intense combat, and a fully immersive story, Resist is the VR experience you’ve been waiting for.

Featuring an extensive story campaign, dozens of side quests, character progression, and an open, expansive city to traverse, Resist is an immersive game experience like no other. Feel the thrill of swinging from skyscraper to skyscraper at high speed as you engage in wild midair battles.

A tale of intrigue, violence, and hope, played out hundreds of feet above the ground, set against the backdrop of a futuristic dystopia; Resist is the VR game you’ve been waiting for. 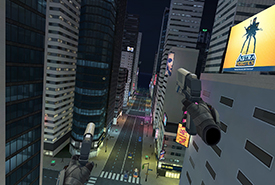 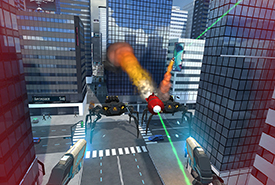 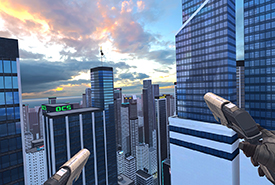