In this HUGE 1.0.21 update, we've added 5 new weapons to play with a couple of new attachments and some highly requested options.

And as voted by our Discord Community:
STG Assault Rifle

Added Stock Emulation Option for Two-Handed Tracking:
- On - Gun moves like stock is pressed against the shoulder.
- Hybrid - Same as “On” but only engages when gun is lifted up to
the shoulder which allows for hipfiring.
- Off - Gun follows the two hands directly.

We’ve already begun work on the next update with even more additions and includes the long awaited Sandbox Range for the Quest.

As always, if you have any suggestions or bug reports or just want to chat you can get in touch with us through our Steam Forums, our Support Services or on our Discord Server. 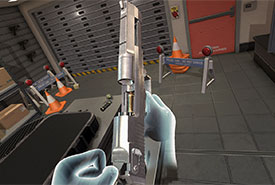 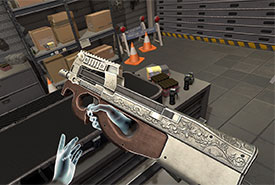